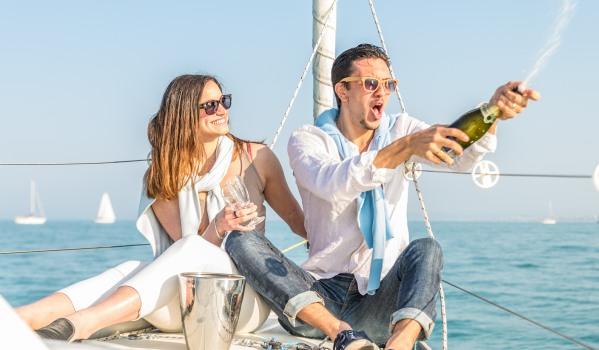 Create a one year anniversary newspaper!

Here at Makemynewspaper.com, you can create that special one year anniversary gift. Imagine presenting to your spouse, loved-ones, friends, and family a newspaper that tells a story of your one year of marriage together. You could share pictures, stories, tidbits, and much more in a newspaper.

Our typical 4 page newspaper can hold roughly 4,000 words along with a plethora of pictures. This gives you the room you need to say it all, to truly reflect upon your first year of marriage in a way that you and yours will read for years to come. That first year of marriage is unique and it deserves a unique manner of celebration. Below is what two couples did for their first year anniversary newspaper. Click on the first one to see the entire newspaper!

Memories fade in time and that is one reason why it is important to write them down. Just seeing a picture and a brief story about the picture may be enough to bring a flood of memories rushing back years later. This is your first anniversary. It deserves something unique and special.

Here are some more ideas of what you can use a one year anniversary newspaper for: