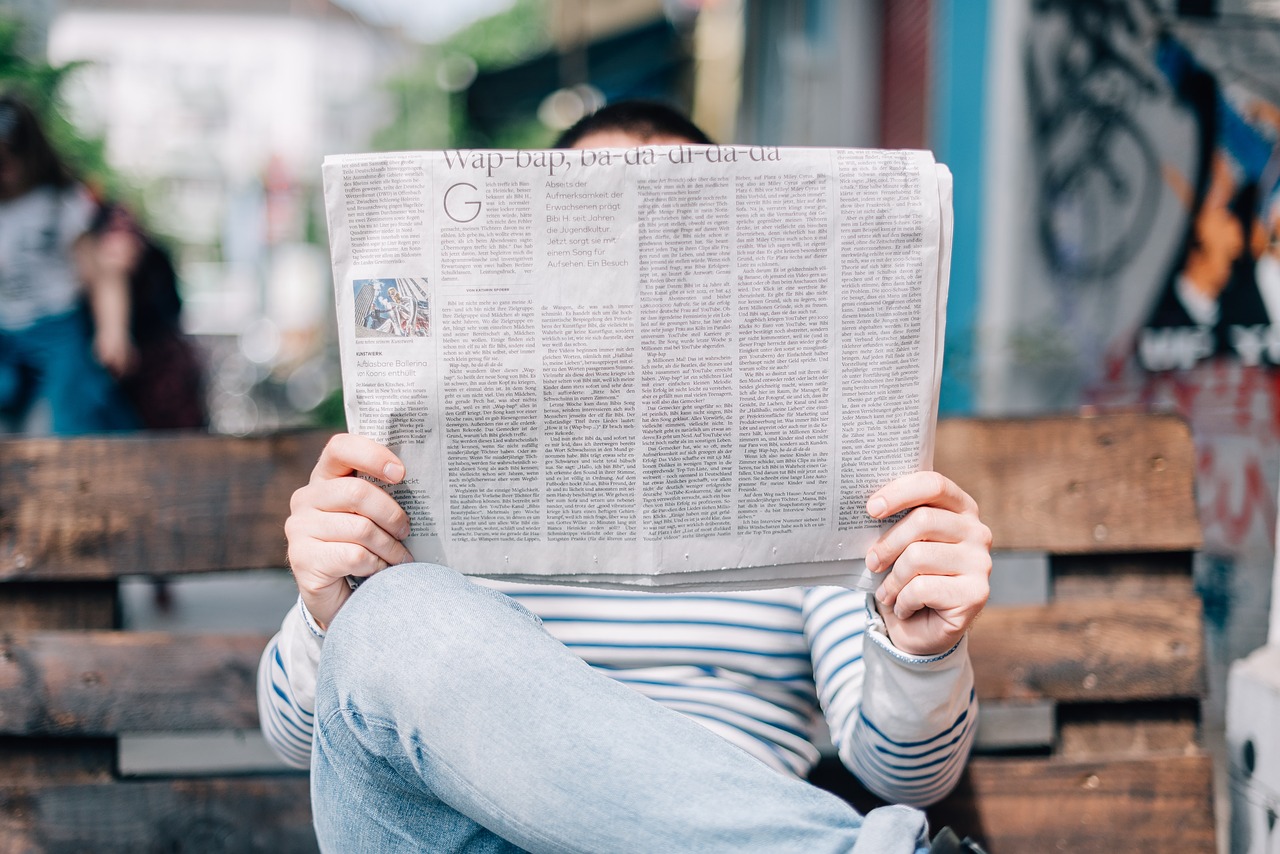 Films and theaters benefit from being able to print a customized newspaper, whether it is used on stage or something handed out to each and every patron. Our experience tells us that there are four types of newspapers that a film or theater would need.

The mock newspaper for filming on set. This can be useful in a variety of ways and copies are inexpensive, so you can always have several on hand. If you are looking just to create a mock newspaper for your film or play, simply go to our Designer (clickable) and begin inserting templates. Adjust the page or pages that you know will be seen and then submit for print.

In some films, you may need a newspaper with different front pages. The answer is simple. Simply create every page as a front page and simply refold the newspaper so that the one you want is on top.

The second is something to hand out to the patrons to your film or theater. This can be handy in numerous ways. For example, if you want to advertise upcoming events and productions, a newspaper is a great way to do it.

Some theaters will create a quiz or game that deals specifically with the film or play. Afterwards, patrons can challenge themselves to see if they noticed all the little things that often go into a play or film.

Many schools offer theater to their students, and in the case of the example below, the play Newsies needed their own newspaper: 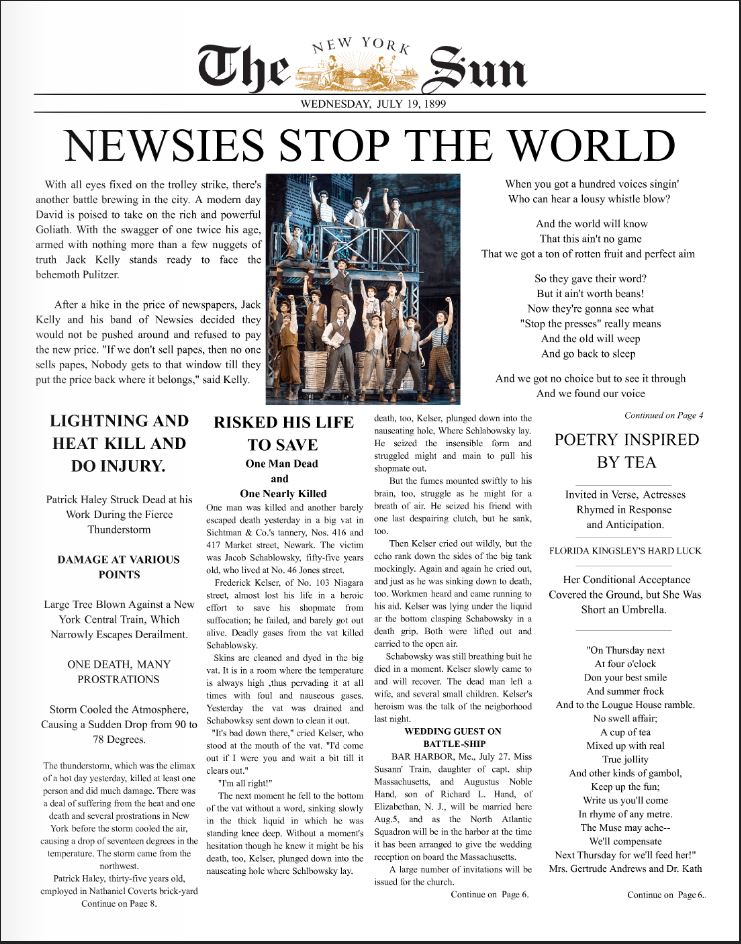 The third type of newspaper is the film festival handout. Film festivals are a growing, and having a newspaper to promote specific films, actors, activities, and more is a great resource to have.

The fourth type of newspaper is one that is focused on the film industry, such as the example below: 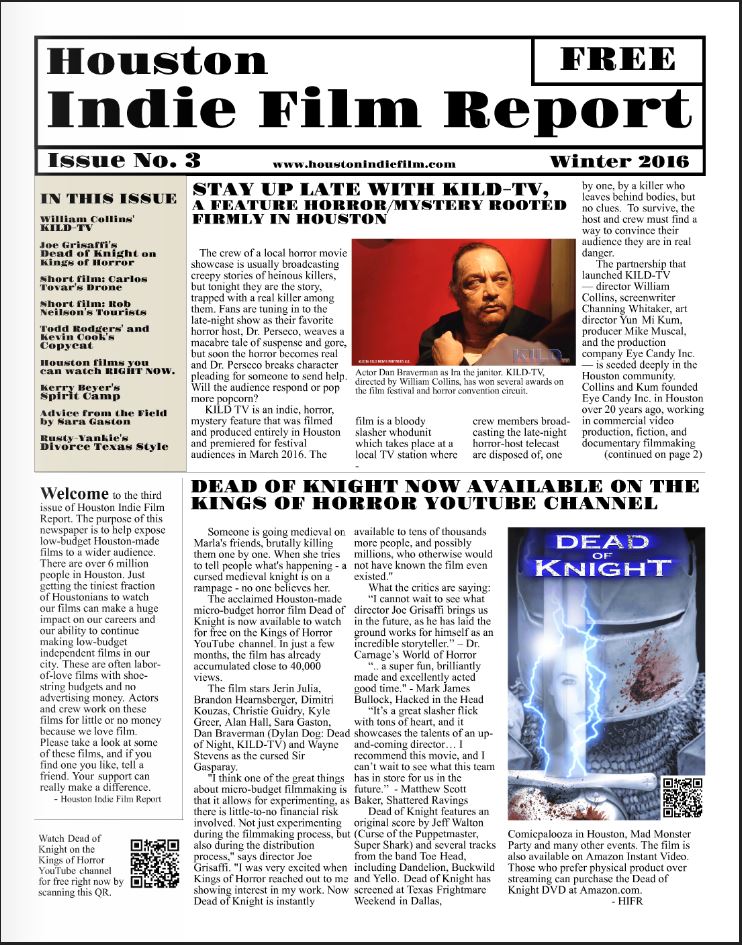 COMING SOON! But you don't have to wait. You can begin designing right now, using any one of our other templates. Since they are 100% customizable, you can alter them to your needs! Design Now!